Many of these descendants have been confused with the causative *brannijaną. 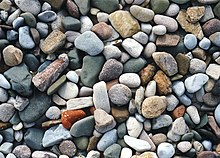 *stěna (hard a-stem)
* -asъ is the expected Balto-Slavic form but is found only in some Old Czech documents; -axъ is found everywhere else and is formed by analogy with other locative plurals in -xъ.
** The second form occurs in languages that contract early across /j/ (e.g. Czech), while the first form occurs in languages that do not (e.g. Russian). 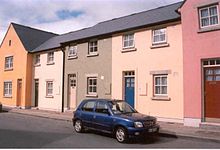 From Proto-Slavic *stati, from Proto-Indo-European *stnéh₂ti, from *steh₂-.

This verb needs an inflection-table template.

This verb needs an inflection-table template.

The English word amber derives from Arabic ʿanbar عنبر[6] (cognate with Middle Persian   ambar[7]) via Middle Latin ambarand Middle French ambre. The word was adopted in Middle English in the 14th century as referring to what is now known as ambergris (ambre gris or „grey amber”), a solid waxy substance derived from the sperm whale. In the Romance languages, the sense of the word had come to be extended to Baltic amber (fossil resin) from as early as the late 13th century. At first called white or yellow amber (ambre jaune), this meaning was adopted in English by the early 15th century. As the use of ambergris waned, this became the main sense of the word.[6]

The two substances („yellow amber” and „grey amber”) conceivably became associated or confused because they both were found washed up on beaches. Ambergris is less dense than water and floats, whereas amber is too dense to float, though less dense than stone.[8]

The classical names for amber, Latin electrum and Ancient Greek ἤλεκτρον (ēlektron), are connected to a term ἠλέκτωρ (ēlektōr) meaning „beaming Sun„.[9][10] According to myth, when Phaëton son of Helios (the Sun) was killed, his mourning sisters became poplar trees, and their tears became elektron, amber.[11] (…)