A head louse under illumination and magnified.

This category contains only the following page.

Wiktionary does not yet have a reconstruction page for Proto-Slavic/-ako.

The following 2 pages are in this category, out of 2 total.

Comparison with cognates in other Indo-European languages indicates antiquity of deadjectival formations:

(This etymology is missing or incomplete.)

Cognate with Latvian -ieks (< -eikas). The *-i in *-ikъ thus reflects a diphthong *ey, which explains the lack of the third palatalization. Lithuanian -ykas reflects earlier -inīkas, and is not a cognate. Probably not related to Sanskrit -ईक (-īká) and Latin -īco.

The diminutive function is productive in North Slavic. In South Slavic languages diminutive formations only exist in relics, mostly in Slovene.

Wiktionary does not yet have a reconstruction page for Proto-Slavic/-ekъ.

This adjective needs an inflection-table template.

Wiktionary does not yet have a reconstruction page for Proto-Slavic/dalь.

The following 7 pages are in this category, out of 7 total.

Extended version of Proto-Indo-European *-keh₂, appended to thematic roots. The suffix could be attached to any stem (o-, u-, i-, or consonant).

From Proto-Balto-Slavic *lā́ˀwāˀ (“place to sleep”); cognate with Lithuanian lóva (“bed”), Latvian lâva (“sweat bench, bench in the bath room, bench at the bar oven or at the parlour oven, sleeping place”).

Declension of *lavà (hard a-stem, accent paradigm c)
* -asъ is the expected Balto-Slavic form but is found only in some Old Czech documents; -axъ is found everywhere else and is formed by analogy with other locative plurals in -xъ.

Wiktionary does not yet have a reconstruction page for Proto-Slavic/lavъka. 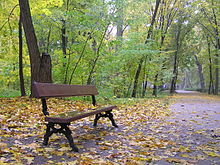 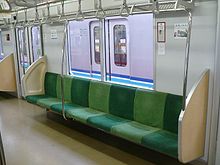 Lithuanian Wikipedia has an article on: lova

Possibly from Proto-Indo-European *leh₂wéh₂ (compare Proto-Germanic *lawwō), with accent retraction due to Hirt’s law. Hirt’s law was undone in the Latvian and West Slavic dialects. In Lithuanian dialects, the tendency to generalize the root accent prevailed. (Can this(+) etymology be sourced?)

From an earlier *lъga (“bending”) +‎ *-ъka, reanalyzed to have a soft –ž– under the influence of *lъžica. For comparison, consider *vidlъka (“fork”) and *vidlica (“id”).

From *lъga (“bending”) +‎ *-ica. An alternative variant of *lyžьka.

Wiktionary does not yet have a reconstruction page for Proto-Slavic/lъga.

The following 15 pages are in this category, out of 15 total.

Nominal suffix, formed by rebracketing of *-kъ, typically appended to ancient u-stems. Can also be attached to o-stems to form derivatives of the specified object/property.

Of uncertain origin. Probably a combination of *-y +‎ *-ka. A fossilization of an older *-yja or a borrowed origin have been also proposed (see Proto-Germanic *-ungō, possibly from Proto-Indo-European *-n̥kʷ-).