Mitochondrial DNA and Y‐Chromosome Variation in the Caucasus

We have analyzed mtDNA HVI sequences and Y chromosome haplogroups based on 11 binary markers in 371 individuals, from 11 populations in the Caucasus and the neighbouring countries of Turkey and Iran. Y chromosome haplogroup diversity in the Caucasus was almost as high as in Central Asia and the Near East, and significantly higher than in Europe. More than 27% of the variance in Y‐haplogroups can be attributed to differences between populations, whereas mtDNA showed much lower heterogeneity between populations (less then 5%), suggesting a strong influence of patrilocal social structure. Several groups from the highland region of the Caucasus exhibited low diversity and high differentiation for either or both genetic systems, reflecting enhanced genetic drift in these small, isolated populations. Overall, the Caucasus groups showed greater similarity with West Asian than with European groups for both genetic systems, although this similarity was much more pronounced for the Y chromosome than for mtDNA, suggesting that male‐mediated migrations from West Asia have influenced the genetic structure of Caucasus populations.

The Caucasus as an asymmetric semipermeable barrier to ancient human migrations.

The Caucasus, inhabited by modern humans since the Early Upper Paleolithic and known for its linguistic diversity, is considered to be important for understanding human dispersals and genetic diversity in Eurasia. We report a synthesis of autosomal, Y chromosome, and mitochondrial DNA (mtDNA) variation in populations from all major subregions and linguistic phyla of the area. Autosomal genome variation in the Caucasus reveals significant genetic uniformity among its ethnically and linguistically diverse populations and is consistent with predominantly Near/Middle Eastern origin of the Caucasians, with minor external impacts. In contrast to autosomal and mtDNA variation, signals of regional Y chromosome founder effects distinguish the eastern from western North Caucasians. Genetic discontinuity between the North Caucasus and the East European Plain contrasts with continuity through Anatolia and the Balkans, suggesting major routes of ancient gene flows and admixture.

Eight Millennia of Matrilineal Genetic Continuity in the South Caucasus

The South Caucasus, situated between the Black and Caspian Seas, geographically links Europe with the Near East and has served as a crossroad for human migrations for many millennia [1, 2, 3, 4, 5, 6, 7]. Despite a vast archaeological record showing distinct cultural turnovers, the demographic events that shaped the human populations of this region is not known [8, 9]. To shed light on the maternal genetic history of the region, we analyzed the complete mitochondrial genomes of 52 ancient skeletons from present-day Armenia and Artsakh spanning 7,800 years and combined this dataset with 206 mitochondrial genomes of modern Armenians. We also included previously published data of seven neighboring populations (n = 482). Coalescence-based analyses suggest that the population size in this region rapidly increased after the Last Glacial Maximum ca. 18 kya. We find that the lowest genetic distance in this dataset is between modern Armenians and the ancient individuals, as also reflected in both network analyses and discriminant analysis of principal components. We used approximate Bayesian computation to test five different demographic scenarios explaining the formation of the modern Armenian gene pool. Despite well documented cultural shifts in the South Caucasus across this time period, our results strongly favor a genetic continuity model in the maternal gene pool. This has implications for interpreting prehistoric migration dynamics and cultural shifts in this part of the world.

The genetic prehistory of the Greater Caucasus

Archaeogenetic studies have described the formation of Eurasian ‘steppe ancestry’ as a mixture of Eastern and Caucasus hunter-gatherers. However, it remains unclear when and where this ancestry arose and whether it was related to a horizon of cultural innovations in the 4th millennium BCE that subsequently facilitated the advance of pastoral societies likely linked to the dispersal of Indo-European languages. To address this, we generated genome-wide SNP data from 45 prehistoric individuals along a 3000-year temporal transect in the North Caucasus. We observe a genetic separation between the groups of the Caucasus and those of the adjacent steppe. The Caucasus groups are genetically similar to contemporaneous populations south of it, suggesting that – unlike today – the Caucasus acted as a bridge rather than an insurmountable barrier to human movement. The steppe groups from Yamnaya and subsequent pastoralist cultures show evidence for previously undetected farmer-related ancestry from different contact zones, while Steppe Maykop individuals harbour additional Upper Palaeolithic Siberian and Native American related ancestry. 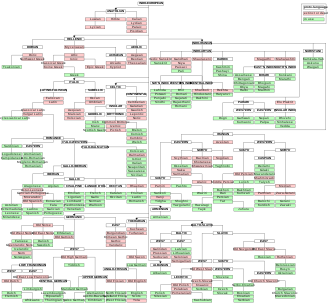